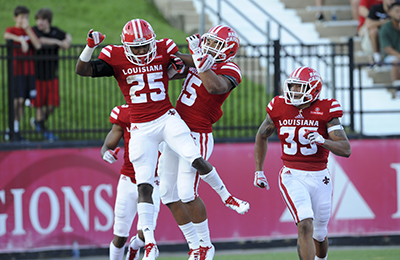 NCAA rules and regulations limit the time that student-athletes may participate in athletic activities (e.g., practice activities, the length of its playing seasons and the number of its regular-season contests and/or dates of competition) on a daily, weekly and yearly basis.

During a particular sport's primary playing season, student-athletes may be involved in athletically-related activities up to 20 hours per week and four hours per day ("the 20/4 hour limits"). Examples of athletically-related activities include: required practice, conditioning, strength training, competition, discussion of game films, lectures regarding the sport, required participation in camps/clinics/workshops, and any other on-field, on-court, on-floor or on-water activity. Counting Competition: All activities on the day of competition count as three hours, regardless of actual length. For example, a baseball double-header that takes up six hours or a field hockey game that takes up two hours, still counts as three hours of athletic activity.

Out-of-Season Activities and Time Limits Outside of a sport's primary playing season, student-athletes may be involved for up to eight hours of weight-training, conditioning and skill/game-related instruction. Skill/game-related instruction may take up to two of the eight hours only and may occur in groups of no more than four student-athletes at a time, except as indicated below.

During the playing season, student-athletes must receive one day off from all athletic activities. This rule does not apply during Sun Belt and NCAA Championships or during a vacation period in the academic year. A day when the team is traveling may count as the required day off provided no athletically-related activities also occur on that day.

Outside the playing season, student-athletes must receive two days off from all athletic activities.

All Sports: You must have written approval from the University of Louisiana at Lafayette's Athletic Department to participate in any official state games or to participate in any official tryouts and/or any competitions involving National Teams, the Pan American Games, or the Olympic Games.
Current student-athletes and recruited prospective student-athletes who are in the Lafayette area during the summer cannot participate jointly in recreational activities at the direction of, organized by, or observed by a UL coaching staff member.
No more than the following number of UL student-athletes with eligibility remaining may practice or compete out-of-season on the same outside amateur team during the summer:
Baseball - 4
Basketball - 2
Football - 5
Soccer - 5
Volleyball - 2
All other teams - No Limit [No other member of the UL Athletic Department (e.g., coach, official, player, etc.) can be involved with the team in any way.]

Student-athletes may compete on only one team in one approved summer league between June 15 and August 31.

In order to maintain your amateur status and remain eligible for intercollegiate competition, you cannot receive any type of pay for play, either directly or indirectly.
"Pay" includes any type of salary or compensation (including cash prizes). You may receive actual and necessary travel, room and board expenses, and apparel and equipment for practice and competition. These expenses may be received only from someone upon whom you are naturally or legally dependent, a non-UL team, or from an amateur organization or local sports club. Such expenses cannot be based upon the outcome of the competition.
In the summer, the awards or prizes you may receive must conform to the regulations of the amateur governing body in your sport. At no time, under any circumstances, are you to receive cash. Any questions about permissible prizes should be directed to your coach in advance of the competition, so as not to jeopardize your eligibility.

All awards or cash prizes that you are not allowed to receive under NCAA regulations cannot be given in your name to another individual or agency.